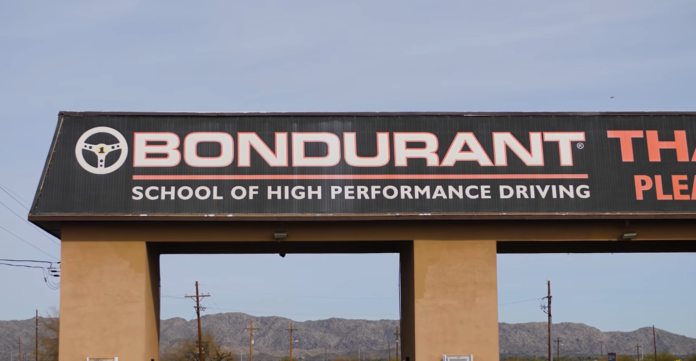 Bondurant Racing School re opens after a long, dark period, but many things are changed. The first one is its name: the “Bondurant Racing School” logo is gone, replaced by “Radford Racing School”. It comes from Harold Radford & Co. Limited, a coachbuilder company founded in London 75 years ago. In 2019 new partners purchased the british company, and decided to to into the USA to acquire the property of the school and start a new project. Bob Bondurant, a former F1 driver and previous owner of the school, is not involved in this project. Let’s take a look at the legacy of the Bondurant school, and what’s next with the new british owners.

What was the Bondurant Racing School?

Bob Bondurant, the founder of the school, is a former racing driver. He was one of the first americans to compete in Formula one, alongside the late Phil Hill and Dan Gurney. He raced 9 GPs from 1965 to 1966, driving for NART, Eagle, Reg Parnell racing and others. In Sportscar racing, Bondurant won the FIA Manufacturers World Championship, driving for Shelby American and Ford Motor Company.

Bondurant opened the school in 1968 at Orange County Speedway in Los Angeles, California. He then relocated it in a purpose-built facility in Phoenix, Arizona, in 1990. His goal was to teach future racing drivers how to go fast on a road course, in a country where racers compete almost exclusively on ovals. Many NASCAR drivers attended his lessons to improve their skills on these kind of tracks. Some famous people also attended the Bondurant School, like Hollywood actor and avid racing fan Paul Newman. SRT and Dodge were technical partners of the company, supplying its cars for practical courses around the track. The fleet currently include a Challenger SRT Hellcat, a Demon for drag racing courses and also a V10-powered Viper.

The Bondurant School faced tough times in the last few years. Plagued by financial trobules, it went bankrupt in 2018, and closed its doors for a while. In May 2019 it has been purchased by new investors who undertook “an extensive multimillion-dollar renovation and revamping of its curriculum“. The name of these new investors was not known, until now. Let’s take a close look at them.

What is the Radford Racing School?

The Radford coachbuilder company has been purchased by four british people. One of them is Anthony “Ant” Anstead, an accomplished engineer, car builder and tv personality. He has been the co-host of “Wheeler Dealers” alongside Tv presenter Mike Brewer, but he left after 2020 to pursue his career as a builder (he will be replaced by former F1 mechanic Marc “Elvis” Priestley). Anstead’s partner in this new adventure is the 2009 F1 World Champion Jenson Button. Jenson, who currently lives in California, works as a consultant for Williams F1 Team, and owns the Team Rocket RJN race team which competes in the British GT series. Designers Mark Stubbs and Roger Behle are also part of the project.

A week ago, Radford announced its future plans during an iterview for the british magazine Top Gear. The new owners intend to resume activities of the racing school, by adopting the same SRT cars fleet Bondurant had used for years. Another goal is to start a small production of cars, and the Phoenix racetrack will be used as a test ground. Finally, a car themed TV show is in the works, as a part of a communication strategy to launch the brand. Stay tuned for more.

Take a look at our Motor page