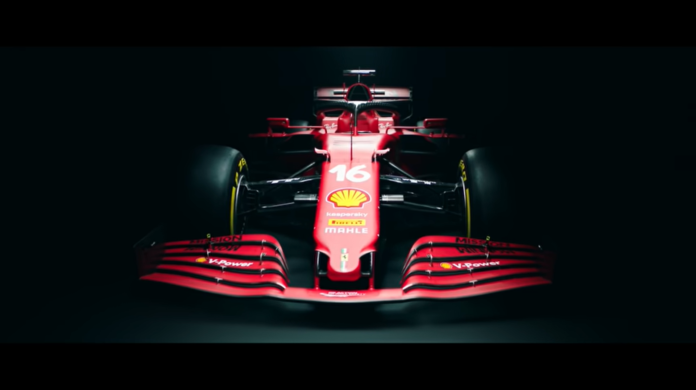 The 2021 F1 World Championship is less than two weeks away, and Ferrari will be there as usual. But the question is: Is the Prancing Horse ready to fight for the drivers o the manufacturers title (or both) this year? Unfortunately, evidence from the three days of testing in Barhain last week says no. The italian team has shown good signs of progress from last season, but it’s not enough to fight at the same level of Mercedes and Red Bull Racing. According to the british website “The Race”, Ferrari is currently the 6th strongest team in the field, at the same level of McLaren and Alfa Romeo. In this article we’ll take a look at the missings of the Red Car, from a techincal standpoint.

Evaluating the speed (or the lack of it) of a racecar after a test session is quite challenging, for various reasons. The timesheet is influenced by too many factors, like fuel load, tire compund, team strategy, engine mileage, and so on. So, the combined timesheet from Bahrain could not tell the truth about the field and its ranking. From what we know so far, someone did not unveil its actual performance, or someone else could overachieved for whatever reason. Tire development is a factor too. In Barhain Pirelli brought varoius sets with different compund specs. These tires will be different from what the manufacturer will supply during the season, so we can expect to see surprises when the first light of the season will turn off. After this preview, we’re ready to talk about Ferrari.

The upgrades on the racecar

The SF21 racecar derives from the uncompetitive SF1000. 2021 rulebook allows very few modifications to the chassis to reduce costs. A “token system” has been introduced to put limits to chassis development. Every team should spend its tokens carefully, by selecting the area of the car they need to improve. Ferrari opted to change the front wing, in order to improve the balancing of the car, and fix the understeer issue which plagued the SF1000. Further modifications include a completely new rear end, especially at the flat bottom and the diffuser.

The Power Unit is redesigned from the scratch, thanks to a particular rulebook which imposes many limits to chassis development and, at the same time, lets the engine builder develop the unit freely. Further changes involved the ICE, which features new valves and heads. The turbocharger is also new. The ERS system derives from the SF1000, with minor upgrades. This is what’s changed on the Ferrari from 2020 to 2021. Now, the bottom question is: are these changes working?

Ferrari F1 is better in 2021, but something is missing from the picture

The answer is yes and no. During the test days in Barhain, the car soon proved to be much better than the SF1000. We can see a huge sigh of relief inside the Ferrari camp! The new front wing seems to work well, improving front end stability. According to Charles Leclerc, the SF21 is more balanced than the 2020 car. Engine upgrades are looking good, too. All the drivers, from the factory team from the “customer” ones like Alfa Romeo and Haas, stated the new Power Unit is definitely faster. Reliability looks good too. Over 250 miles are covered without faliures of any kind. These are every positive aspect of the new racing weapon. Not everything goes well, though.

During long run testing, both Leclerc and his new teammate Carlos Sainz complained about ecessive tire wear during race pace simulations. It lookes like the SF21 is unable to do more than 15-20 laps before killing its rear tires. The main reason for such an important issue could be lack of downforce at the rear end. More work will be needed to address the problem, and the rules don’t allow to do much for this season. From what we’ve seen so far, Ferrari owns a formidable machine for qualifying laps, but it will struggle in race mode. Qualifying speed cannot make you win the championship, so it’s unlikely to see the Rossa battling side by side with Mercedes and Red Bull. We’ll have to wait for the italian Rinascimento. Have a little patience, people!

Will Marc Marquez be back for the World Cup in Qatar?