Welcome to our preview of the 2021 edition of the Russian Grand Prix. After the italian race in Monza, Formula One is starting its journey into the Far East, for the first “oriental” round of the season. At the Sochi Circuit the battle for the champioship will resume, after the controversial clash between Lewis Hamilton and Max Verstappen. McLaren will try to repeat the astonishing one-two achieved two weeks ago; and at the same time, the british team will continue to fight against Ferrari for third place in the World Standings.

Russian Grand Prix preview: what about the track?

The Sochi Autodrom made its debut in 2014, the same year Russia hosted the Winter Olympics. This temporary street course sorrounds the Olympic Park for most of its extension, resluting a spectacular sight for the crowd. With a length of 5.848 Kms, it’s the fourth-longest track of the entire F1 calendar. It features 18 corners, most of them are 90-degree bends. There’s only one “real” corner, which is turn 3. It’s a 750 ms, flat out left-hander with a great sight (it turns around the Poyushchiye fountain). Passing here is possibile…if you are a madman!

Talking about passing, the best zones are the two long, not-so straight, straightaways, where the two DRS zones are located. Despite the fact it’s a street course, the asphalt is relatively smooth, with very few bumps. As a result, tire wear is not a concern here. Teams can afford to use softer compounds for a longer time, and one-stop strategy will be expected. Wheather could be a factor for this weekend, according to the latest forecasts. Heavy rain is expected for saturday, and a more intermittent rain is likely for sunday during the race. 2021 will be the last time Sochi will host the Russian Grand Prix: in 2022 it will be replaced by the Igora Drive, a permanent road course located near St. Petersburg.

Statistic data show the Mercedes team is the favourite for the Russian Grand Prix. The anglo-german squad is the sole winner of this event since its first run in 2014. Lewis Hamilton is the most succesful driver, with four wins (2014, 2015, 2018, 2019). Valtteri Bottas has won twice (2017, 2020) while Champion Nico Rosberg has one triumph in his championship year, in 2016. If you want to see the action on this track, Sky will broadcast every session live in Italy, Germany and UK, while in the USA ESPN will air the whole event. Sunday’s race will start at 15 local time. 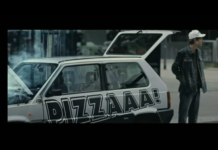